Deprecated function: Return type of Drupal\google_analytics\Component\Render\GoogleAnalyticsJavaScriptSnippet::jsonSerialize() should either be compatible with JsonSerializable::jsonSerialize(): mixed, or the #[\ReturnTypeWillChange] attribute should be used to temporarily suppress the notice in include() (line 10 of modules/contrib/google_analytics/src/Component/Render/GoogleAnalyticsJavaScriptSnippet.php).

Really 2 stories but one tour. 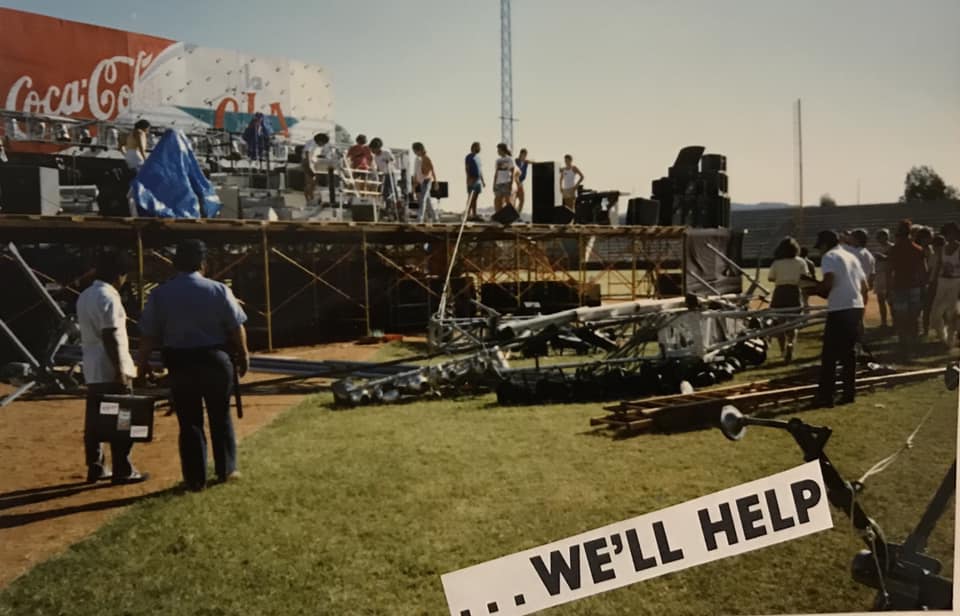 On our way to a big tour in Mexico we got to the border at Nogales and the tour buses were supposed to meet us at 11 am. Well, this being Mexico, the time thing didn't really work and the buses didn't show. 9 hours of standing on the border waiting for 4 buses to show up (we had a huge dance troupe as well). The good news, one more day of border town partying, the bad news, well we had to do it all again the next day.

Finally the following day at about 3PM the buses show up, we cross the border and without much fanfare start our trip to Hermosillo, the first stop on our tour. No problems.

The following day, we have to do the whole publicity thing since this was co-sponsored by Coca Cola and after the obligatory photos on the stage we finally got to leave and enjoy the refreshing taste of warm, I should say hot, Coca Cola products. See, ice isn't really called for there.

Not 10 minutes later, one of the lighting trusses has a welding failure and collapses... on the stage where about 90 of use were just standing. That was really a crisis averted because there probably would have been deaths.

Well there are lots of mini-mishaps but nothing that important so we jump ahead to Mexico City, our crowning jewel and the Plaza del Toros was packed. So many people that there were people climbing the light poles to watch.

Over 50,000 people and we were jamming, until the power went out for half the stage. The mics worked, but only the guitar amps still had power. This was the 80's and e-drums were hot... until the power failure.

The bass player was singing and his part was being played by the midi track along with a lot of backup DX-11's. Gotta love those digital keys!

So there I am having to play guitar with just a singer and me, in front of 50,000 people. That wasn't the problem. I had to create a harmony part since I was just playing a single funk line and had long ago forgotten the original harmony (you tend to memorize songs after playing the same sets for months ;)

It was a good lesson though, and one I remember to this day. The audience usually doesn't know what is wrong with the set, only you do. Keep playing and pretend this is the way it is.